The christening of Princess Charlotte Elizabeth Diana was held in the privacy of St. Mary Magdalene church on the Sandringham Estate, allowing the event to be a mix of the public and the private. Announcing the date and location a statement from Kensington Palace had informed:“While the service inside the church will be private, the Duke and Duchess of Cambridge will be pleased to welcome well-wishers into the paddock outside the church.The Duke and Duchess are hugely grateful for the warm wishes they have received since Princess Charlotte’s birth – many of them from local people in Norfolk – and are delighted the paddock can be opened on the day of the christening.” The event was also noteworthy as the first time Prince George and Princess Charlotte have been seen in public together.

William and Kate’s choice of godparents was the chief source of speculation. The five godparents are William’s cousin Laura Fellowes, Kate’s cousin Adam Middleton and TRH’s friends Thomas van Straubenzee, Sophie Carter and James Meade. Prince Harry is currently in Africa for a summer trip to raise funds for charity and therefore was unable to attend.

The christening service was conducted by Archbishop of Canterbury Justin Welby assisted by the Reverend Canon Jonathan Riviere, the Rector of the Sandringham Parish. Emphasising that it was a family event the congregation in the church comprised of just twenty-one people: the Cambridges, the Queen and Duke of Edinburgh, the Duke and Duchess of Cornwall, the Middletons and the five godparents (four of whom were accompanied by their partners). 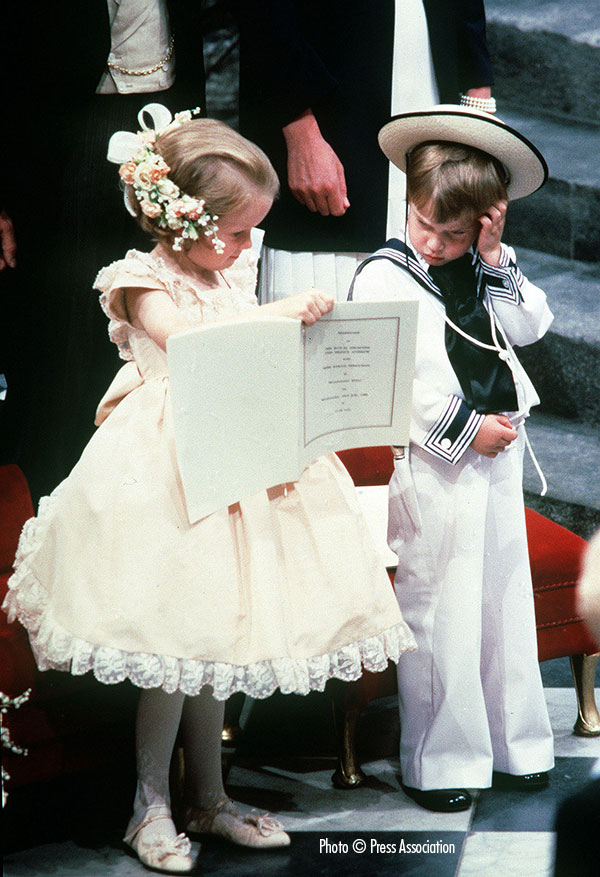 In choosing St. Mary Magdalene for his daughter’s christening, William remembered his mother, Princess Diana, who was christened at the church on August 30, 1961. For the Royal Family the historic connection is also a strong one. A noteworthy fact being that the last great-granddaughter of a serving sovereign to be born in direct succession on the male line, Princess Mary (the only daughter of King George V and Queen Mary) was also christened at St. Mary Magdalene in 1897.

The Duke and Duchess of Cambridge with Prince George and Princess Charlotte, in the pram once used by her great grandmother Queen Elizabeth II for her children.